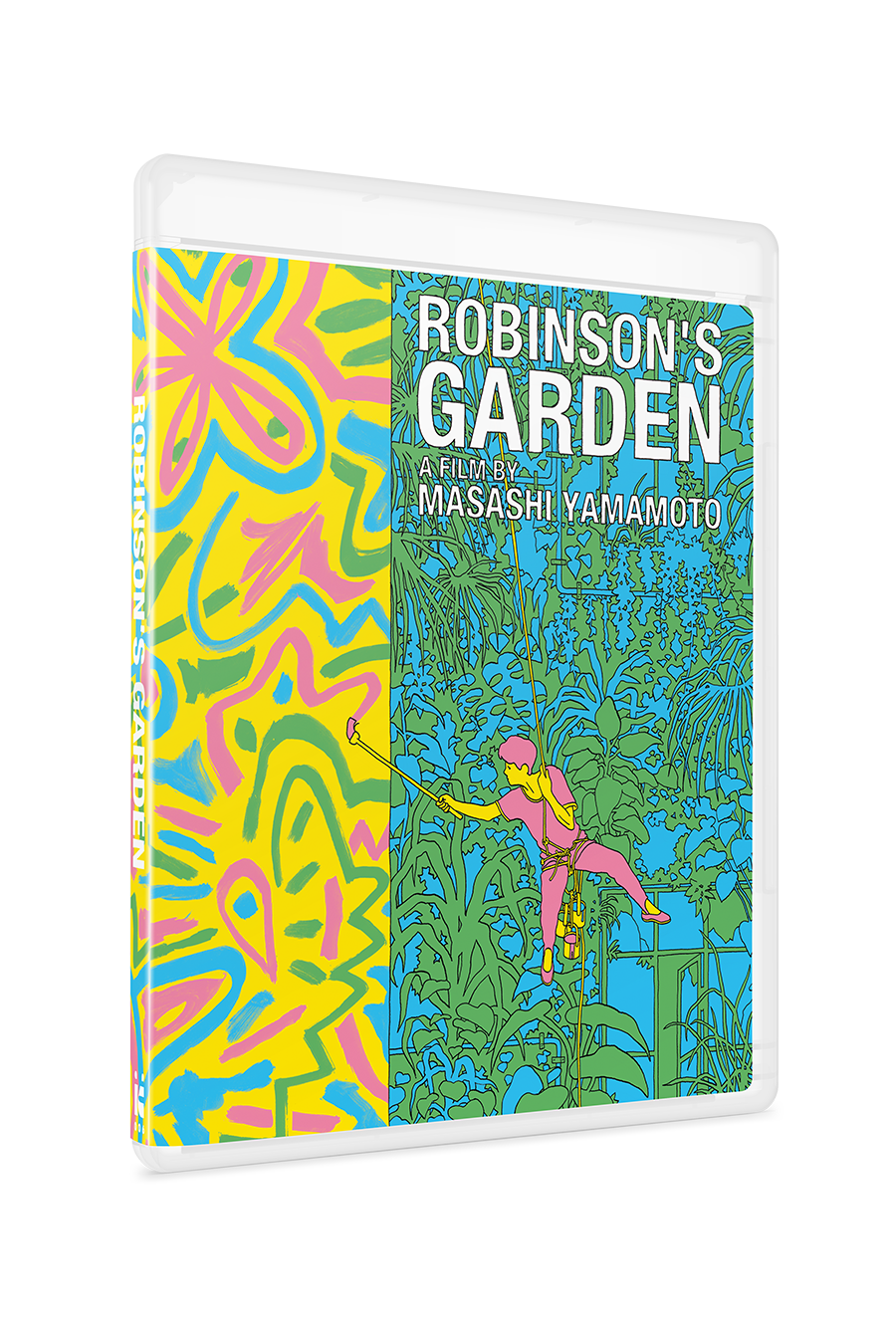 On a drunken walk home, bohemian drug-dealer Kumi (Kumiko Ota) discovers an abandoned building on the outskirts of Tokyo. Attracted by the vast and untapped space rampant with luxuriant vegetation, she promptly sells all of her belongings and retreats from the world. She carves an island out of the concrete squat and wiles her days away growing cabbage and expressing herself in any way she pleases.

Following his gonzo hachimiri (8mm) debut Saint Terrorism (1980) and the memorable Carnival in the Night (1981), Masashi Yamamoto offers his defining punk statement. Winner of a Special Mention at the 1987 Locarno International Film Festival, Robinson's Garden is a rare, radical vision of a marginal, multicultural Tokyo. Think Punk Rock rather than City Pop (the soundtrack features Jagatara, Hamza El Din, and Yoichiro Yoshikawa), this film offers a stark contrast to the sights of financial prosperity brought forth by the films of the Economic Bubble era. Lensed by Tom DiCillo (Living In Oblivion, Johnny Suede), it instead shares much in common with the No Wave films the cinematographer pioneered alongside Jim Jarmusch (Stranger Than Paradise). An unsung, anticapitalist masterwork.